My new book, A General Theory of Behaviour, begins with a story…

It is a hot summer’s day. A couple are on holiday at a hotel with an outdoor swimming pool. After breakfast, the couple decide to spend a lazy morning beside the pool sunning themselves, reading and swimming. They go to the far end of the pool, where they spot a quiet area about five metres from the only other couple by the pool. They align two recliners a few inches apart and place a small table on either side to mark ‘their’ area of occupation. They carve a niche for themselves by distributing towels and personal objects such as magazines, books, mobile phones, tablets, sun-cream, insecticide lotion, and bags on the tables. They discretely change into swimming costumes and place their clothes on the tables to avoid the ants that quickly gather around objects on the boardwalk. They apply sun-cream, helping each other at the more difficult-to-reach bodily regions. They apply an insecticide to deter any passing mosquitos. They wear sunglasses and sun hats. A large parasol is adjusted by a pool attendant to provide shade from the penetrating sun. As the angle of the sun changes, one of them rises to adjust the parasol so that their recliners remain in the shade.

The couple converse sparingly and rarely speak to the other couple. A ‘Good morning’ here and ‘The water’s nice’ there, but nothing else. They do not wish to invade the other couple’s ‘space’, nor do they wish ‘their’ space to be invaded. After half-an-hour acclimatizing, they take a leisurely 10-minute dip in the pool to ‘cool off’. They swim slowly and quietly, avoiding vigorous movements. After returning to their parasol, drying themselves off, re-applying the sun-cream and insecticide, they order iced cola drinks using a buzzer on one of the tables. 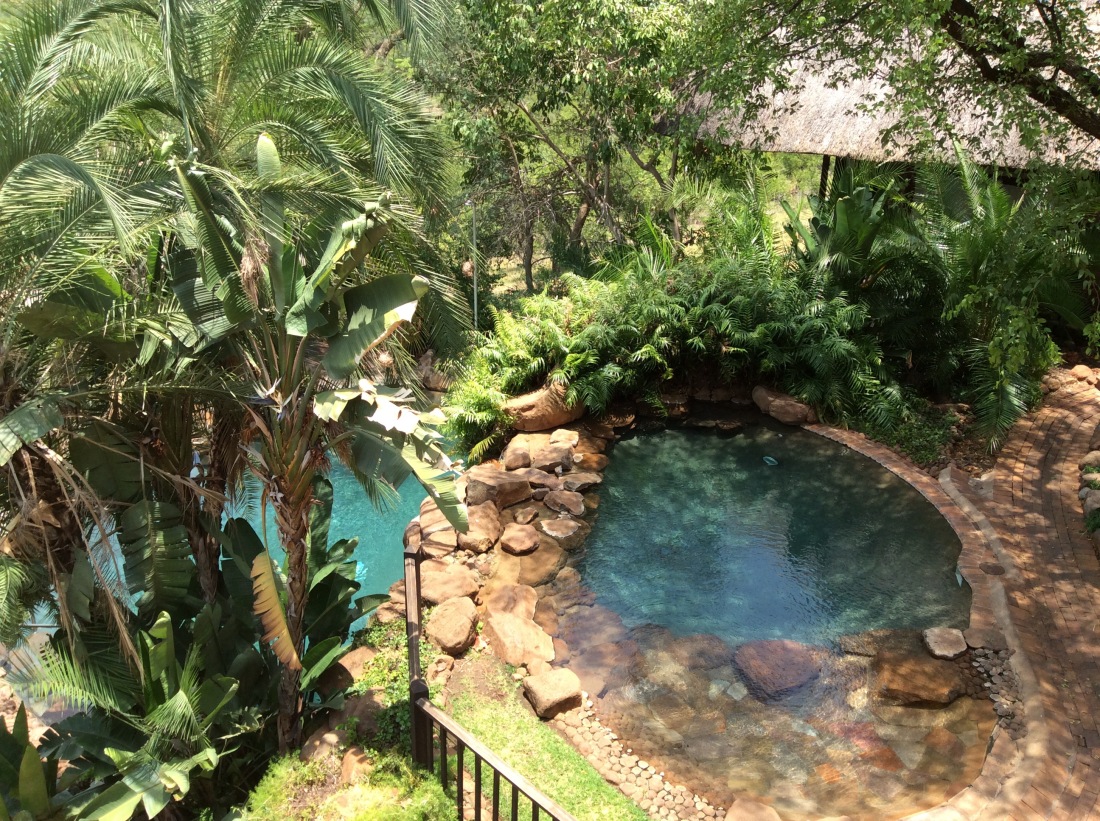 After a few minutes, they take another dip, splash around, tease and joke. They make a little more noise and splashing than on the first occasion, but remain within appropriate limits. They terminate this visit to the pool when the other couple enters the pool because the pool is not large and they wish to avoid ‘over-crowding’. After a few polite comments about the water temperature, they swim to the steps and climb out, walk back to ‘their’ parasol in a gingerly fashion, because the board walk has by then grown so hot that they must step only where there can find shadows or expose their feet to burningly hot boards.

Standing in the shade, they dry themselves, re-apply the sun-cream and insecticide, put on their sunglasses and hats, lie down on their recliners and, flicking away an occasional fly, push the buzzer to order another iced drink, this time two gins and tonic. As the hour turns towards midday, the ambient temperature is become too hot to bear even in the shade and, after finishing their drinks, they pack their things and return to the tranquillity of their air-conditioned, freshly cleaned hotel room. Thirty degrees outside – but not a single droplet of sweat the whole morning.

Exactly what is going on in this story? How can Enjoying the Heat help us to understand universal principles of behaviour? Let’s consider these issues:

We know a lot of intimate detail about the couple’s behaviour. The couple are close. They mark out a niche of territory using the tables and their belongings. They lie out in the sun to be tanned but not burned, to be warm, but not too warm, to be out in the open air and close to nature, but not to be bitten by insects or run over by ants, to be as peacefully relaxed as possible but not wishing to fall asleep, to be stimulated but not taxed, to exercise their bodies but gently and not strenuously, to be refreshed by a drink or two but not to be intoxicated by alcohol, to be polite to neighbours but not overly familiar, and so on and so forth – you are getting the drift. The couple are striving for a state of equilibrium, a state of ‘moderation in all things’, a ‘tiny piece of paradise’, as it says in the hotel brochure. The couple’s every action and reaction as individuals and as a couple are governed by one universal principle that guides all of behaviour. Their behaviour illustrates the power and truth of a single idea, the hypothesis that, at root, all behaviour is an expression of homeostasis. The couple have never been aware of the idea, never even heard of it, yet it is a process that affects every single thing that they, you and I say, think, feel and do.

How can this possibly be so? A joke? A feat of magic? Or, worse yet, the author, publisher and reviewers are all living in la-la land?

None, some or even all of these ideas may be incorrect, but please bear with me and hear me out. This is the story of one particular hypothesis, a dangerous idea –a story with a plot, characters and an unexpected twist. I build the case as we go along, all I ask of you is that you ‘hang in there’…

An extract from: A General Theory of Behaviour