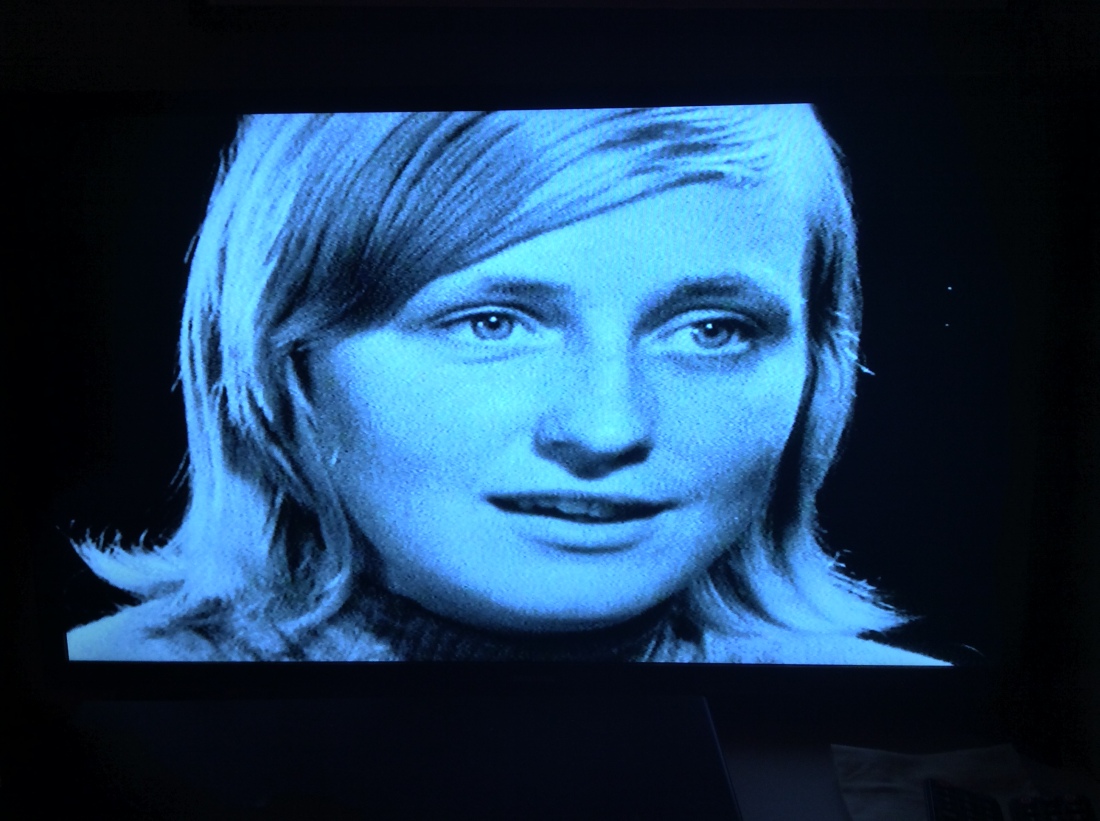 What I Missed Seeing

It was 1963. I had played a minor role in a BBC documentary film “Marion Knight’ but had missed seeing it because I was travelling abroad. This was an era without video recorders or YouTube. If you missed something, you missed it, and that was that.

The ‘Citizen 63’ series received critical praise. The series was described as “One of the most significant TV shows of 1963“. Five individuals had been shown dealing with their everyday lives, their pressures, problems, beliefs and values: a businessman, a police inspector, a shop steward, a scientist and a ‘rebellious’ teenage schoolgirl, Marion knight.  The director, John Boorman, was working for the BBC in Bristol.  He later directed other documentaries, such as The Newcomers (1964). A few years later he was in Hollywood (Point Blank, 1967, Hell in the Pacific, 1968). Boorman returned to the UK to make Leo the Last (1970), Deliverance (1972), Zardoz (1974) and Exorcist II: The Heretic (1977). He became more famous for Excalibur (1981), The Emerald Forest (1985) and Hope and Glory (1987) which brought a second Academy Award Nomination.

Commenting on Citizen 63, one reviewer wrote: “1963 was very much the coming-of-age for those children born in the aftermath of the Second World War. Free of the threat of war and no longer constrained by National Service and of the austerity years that followed there was a new found hope for the future that manifested itself in pop, fashion and a rejection of Victorian values and the social taboos that Britain had been steeped in since the turn of the century…Citizen 63 is an extraordinary record of a transitional period when conventions were being challenged at the very point when youth culture was about to explode in a way that would define the whole era.”

‘Marion Knight’ was screened on 11th September 1963.  Marion was depicted as a so-called “rebellious girl” from a secondary-modern school in Portsea.  Marion was a follower of the trad jazz scene and dismissive of the pop music explosion that was erupting at the time. Selected for “her feisty, opinionated approach to life…with qualities of “leadership and grace”, Marion was the girl-friend of my school mate, Nigel Banister.

John Boorman – Director and Narrator opened with the comment: “This film is about one person, you may admire her, you may dislike her but from her we may learn something about ourselves, for she is part of our society – a “Citizen ’63”.

I saw or heard nothing more about this film for 42 years.

What I Finally Saw

On 24th October 2005,  I was napping in front of the TV.  This was not a casual nap.  It was a definite mini-sleep, fully prone on the sofa.  When I opened my eyes, astonishingly, there on the TV was a B & W film showing two people I knew, Nigel and Marion, riding a motor bike. In one of life’s circles, this was the opening scene of ‘Marion Knight’, the film I had missed seeing in ’63. 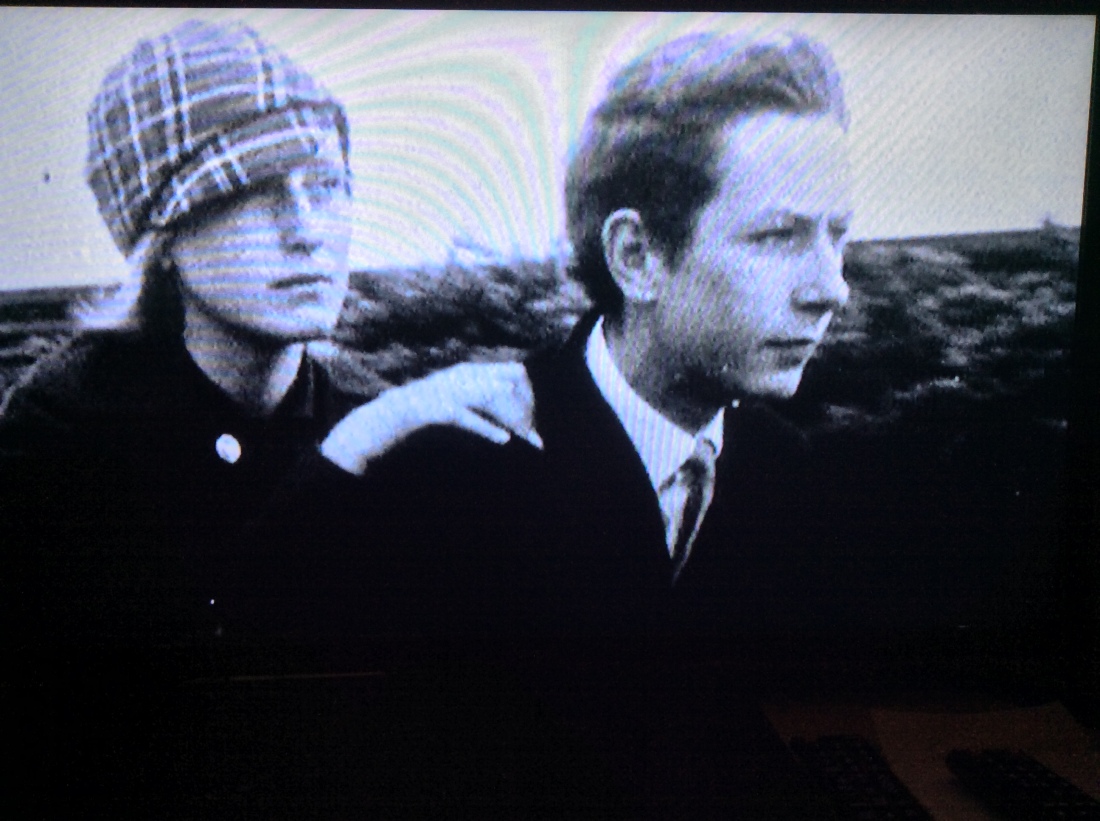 What caused me to wake at that particular moment, I will never know.  I thought I must be dreaming. As I opened my eyes, this is what I saw: my two teenage friends Marion and Nigel, on a film made 42 years earlier.

The clip was included in a BBC2 documentary  The Battle for Britain’s Soul  about the decline of the Christian church in 1960s Britain.  The BBC website states: “Angels over battlefields, the birth of the welfare state, US evangelism and a revolution in sexual freedom are all factors in the evolution of today’s largely secular society.”  The film was presented by the ‘Hippie Vicar’, the Rev Peter Owen-Jones.  According to Peter Owen-Jones, Marion Knight’s comments about free love among teenagers were emblematic of the ‘sexual revolution’ that is alleged to have taken place in the 1960s, when church congregations went into  a sharp decline.

What Were the Chances of Seeing This Clip?

I obtained copies of both programmes from the BBC Preservation Services Department. The Marion Knight clip lasted 40 seconds.  I normally watched TV during the evenings for around three hours. With four channels, I need to calculate how much television content was available for the whole time I lived in Britain in the 29 years from September 1986 to August 2015.  Removing holidays or trips abroad would reduce this time by about six months, leaving 28-and-a-half years.

Bearing in mind that the total amount of evening television across 4 channels over this time would have been a lot more than this. Let’s say an evening lasts for 6 hours from 18:00 to 24:00.  Then the total evening TV content would have been:

The probability that the clip would have occurred in the TV content I actually saw would have been: AV/TA = one-eighth ( .125).

The clip lasted only 40 seconds. What are the chances of seeing this 40-second clip at the precise moment that I awakened?  Bear in mind the entire amount of TV I had actually viewed over the 28.5 years was 112,347,000 seconds.  The answer is:

There is another factor to consider. The only possibility to view this clip was dictated by the fact that the producer of the 2005 BBC documentary ‘The Battle for Britain’s Soul’ decided to include this particular clip from the 1963 BBC film ‘Marion Knight’.  The chances of this event are difficult to estimate.  In round figures we could guess that it would have been be in the region of one in a hundred (10 to the minus 2).

This would put the combined probability of seeing the clip at around: